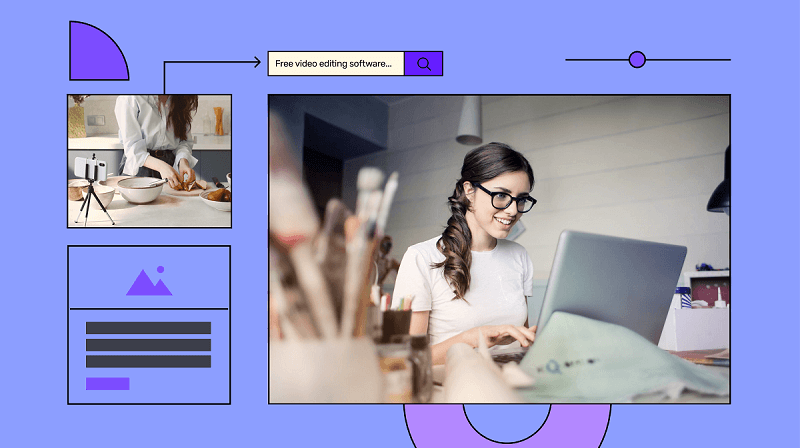 We’ll review the features of each video editing tool and explain who it’s best used by. Whether you're looking to make a short video for an Instagram ad or want to edit a documentary about your business... we have you covered. You’ll leave this guide knowing the best editing software for your business.

How should I use my videos?

According to HubSpot, 4x as many people would rather watch a video than read about a product. This means you’re missing out on potential sales by not showcasing your product in a short video.

For most of our readers, these browser-based solutions will meet their needs. As they’re browser-based, you don’t need to download anything. Make a free account and you’re good to go. If you need to create video assets for social media then this is more than sufficient. You’ll have a selection of basic video effects and editing tools.

There’s nothing worse than using a ‘free’ tool and finding out it’s not actually free. The tools we recommend don’t add watermarks.

Kapwing’s video maker might be exactly what you’re looking for. The free version comes with all the functionality you’d expect:

This is the easiest editor to get started with. It’s as simple as uploading some media – videos, gifs or images – and arranging them the way you’d like. The controls are intuitive and you’ll be able to edit video clips into something pleasing pretty quickly.

Canva’s video editor is similar in functionality to what Kapwing offers. But it offers a handful of features that make it a better choice for most users looking for an in-browser video editing tool.

As it has more functionality, Canva has a slightly higher learning curve. It’s worth taking the time to learn as it makes it easier to create high-quality videos that’ll benefit your business.

If you need something with a bit more oomph you’ll need to download a desktop program. There are a lot of options available to you. But if you need the extra power of a desktop editor, we believe you might as well give yourself access to the greatest selection of features possible.

Lightworks is one of the heavy hitters when it comes to video editing software. It’s powerful, feature-rich and used by professionals around the world.

According to Wikipedia, it’s been used to edit some big-name films such as: The Wolf of Wall Street, Pulp Fiction, Heat, Road to Perdition, Hugo, The King’s Speech, Bruce Almighty and 28 Days Later.

Video editing software of this calibre has a much higher learning curve than Canva or Kapwing. However, it’s still a relatively intuitive interface and there are online resources that explain exactly how to use each feature. It’s available for Linux, Windows and Mac.

This is the free version of a premium product and it shows in a few ways. Using the free version requires you to regularly renew your license – not a big deal, but pretty annoying. A more serious issue is that you can only export videos in 720p quality.

Users looking for maximum editing power will be disappointed to know that lots of advanced features are exclusive to the Pro version – $30/month. Features such as Stereoscopic (3D) output, AJA, Blackmagic, Matrox and Mackie Mixer Support, and Timeline Rendering. The majority of these are overkill if you’re just looking to make videos for social media.

Even more annoying, not all the functionality is even available in Pro. There’s additional functionality available through paid plugins – e.g. the Boris FX and Graffiti plugins which each cost $299.

It comes with a huge range of functionality including colour grading, 360-degree VR, motion graphics and special effects. However, this also means it has the highest learning curve out of the tools we’ve recommended.

TIP: DaVinci Resolve has the most features

According to Wikipedia, it’s also been used to edit some Hollywood films. Some of our favourites: Alien, Avatar, Deadpool 2, Jason Bourne, Kingsman, Pirates of the Caribbean, Prometheus, Robin Hood, Spectre, Star Wars: The Last Jedi and X-Men: Apocalypse.

There’s a premium version that includes: “DaVinci Neural Engine, stereoscopic 3D tools, dozens of extra Resolve FX filters and Fairlight FX audio plugins plus advanced HDR grading and HDR scopes.”. You’ll only need this if your business is aiming to create videos that are on par with the best editing in Hollywood.

They make a lot of money selling editor keyboards and colour panels designed to streamline the editing process. Making it free software is a great way to attract potential customers who’ll want the increased efficiency offered by their tools. It’s available for Linux, Windows and Mac.

For the average business, the free version will provide more functionality than you’ll ever need. Using the free features will allow you to create extremely high-quality videos that promote your business. Interested in some other ways? Check out ‘Promote your business online: the complete guide.’

How should I use my videos?

You’ve picked an editor that meets your needs and made an awesome video. Now what?

It’s only benefiting you if potential customers can watch it. The goal is to share it in places they see it. If you have an email list this can be a good option. Send them an email telling them about your exciting new product and include a link to your promo video. For more, check out our guide: How to develop an email marketing strategy.

Another option is to feature it on your website. Did you know that 4 in 5 consumers say a video showing how a product or service works is important? (source: Animoto) This doesn’t only apply to your website. It’s true within your app too. Don’t have an app yet? No worries, we can help with that.

Our Studio Store apps are the quick start option. Unless you work in a niche industry we recommend looking here first. If none of the Studio Store apps meets your needs then we invite you to pop over to Builder Studio – it’s where we make bespoke apps.

Studio Store apps are designed for many popular industries – food delivery, gym and e-learning apps to name a few. Each app is designed so it’s easy for you to add your branding and personal touch. We provide web, Android and iOS apps that run super fast.

One notable mention is our free ecommerce app. It comes with everything you need to start selling online. The free version allows you to process 50 orders for free each month. This gives you a risk-free method of testing out our service.

If you’ve been thinking about creating videos for your business you’re now ready. We’ve looked at 4 of the best free video editing software choices. You can now choose the one that best meets your needs.

Whichever option you choose, we wish you the best of luck!

We recommend Canva. It has all the features you’ll need to make good videos for social media. In addition, it has a big library of templates and free to use stock content.

We recommend Blackmagic Design DaVinci Resolve 17. It’s used by the best in Hollywood. Why? It’s extremely powerful and the free version alone has more features than most people will ever need.

We recommend most businesses get an app. It’s a great way to continue growing your business and make more sales. If you want to jump right in, have a look at our Studio Store apps. They’re designed to do everything your business needs, we handle the tech stuff and you get your apps superfast. Want to learn more about why you need an app? Take a peek at our mobile apps for small business guide. 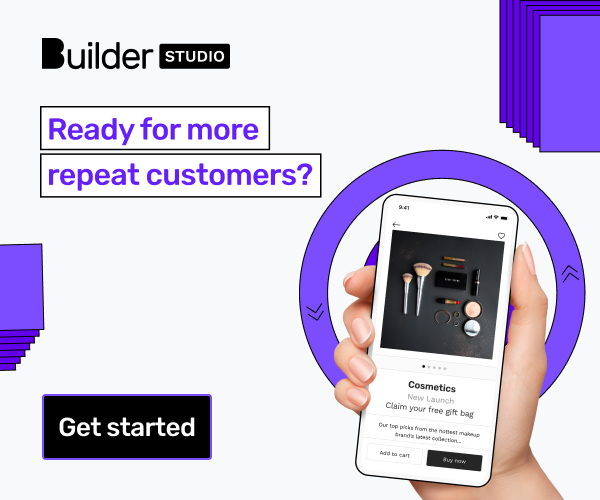 Why book a demo?
1. It's quick
2. You’ll end the call knowing how to build your app / website.
3. Find out about our guaranteed prices and upfront timings.
4. Start building. Or not. It’s totally up to you.
‍
Get a free demo
Related content
Learn how to build an app: advice from a master builder
How to design an app: the complete guide
Online advertising: how to create profit-boosting ads
23 low investment business ideas – you can start today

The one thing that’s turning iOS app development upside down

Low-code/no-code platforms have opened up a world of possibilities for non-technical people. 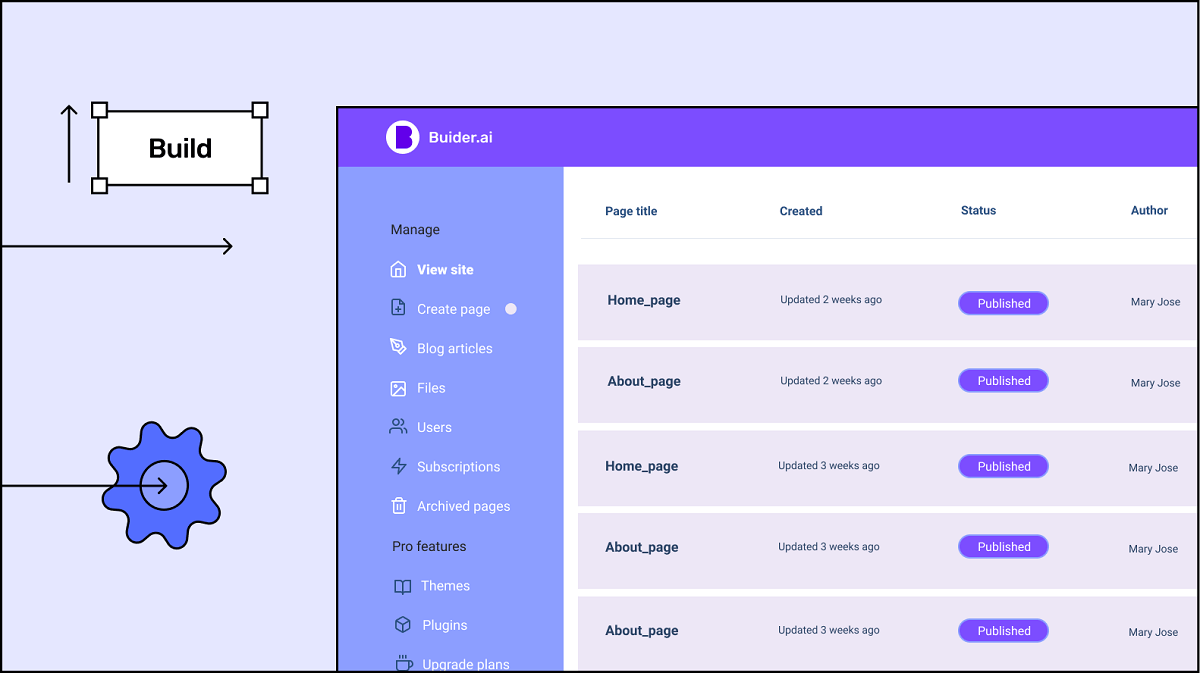 Discover CMS pros and cons, the best platforms on the market & more 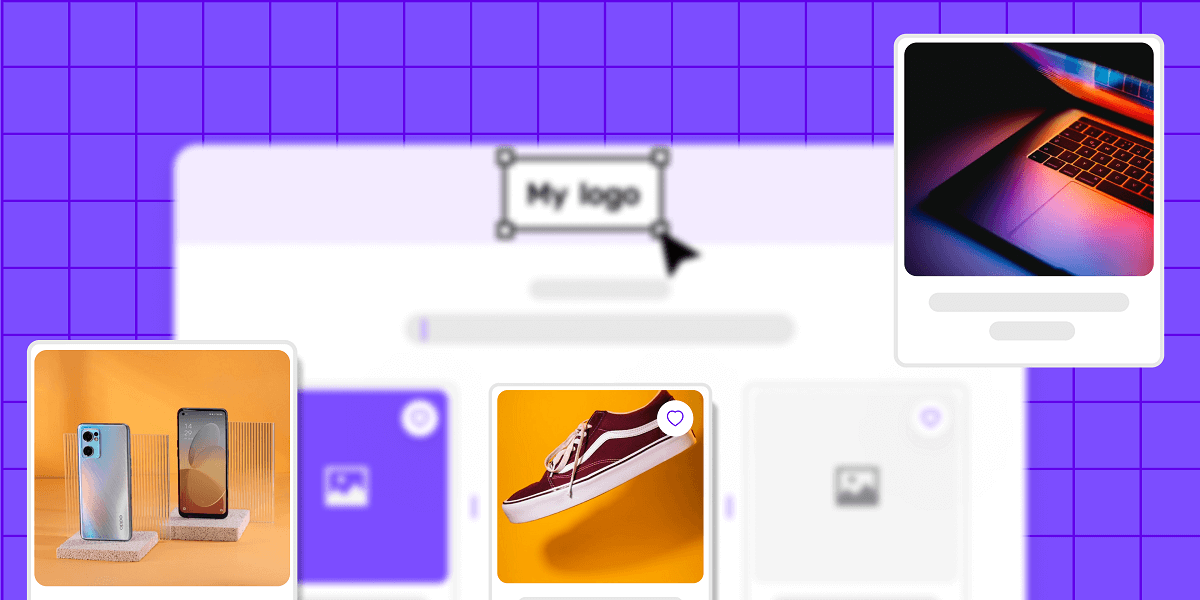 How to sell online: Tips from 8 ACTUAL ecommerce experts

Everything you need to know for selling online - a comprehensive guide

Software as easy as ordering pizza
Try for free